The Borough of Indiana continues to demonstrate their commitment to sustainability through their recent projects and policy updates. Communications & Grants Coordinator Kyle Mudry stated, “A lot of what got us to the gold certification is what we’ve done at the municipal level. We’re just carrying on the trend that got us to gold, and we’ll let that carry us to platinum.” In keeping with this “trend”, Indiana Borough is addressing its infrastructure and zoning policies. As the Indiana County Solar Co-Op expands, and more residents turn to solar panels in the name of energy resiliency, the Borough is revising their permit procedures to streamline the solar permitting process for Borough residents. The Borough is also pursuing a Solsmart Designation, which could entitle them to technical assistance. Additionally, the Borough is reviewing their zoning code to encourage more sustainable designs in the built environment. It’s not enough to only enforce sustainable practices through code; as Planning & Zoning Official Stephanie Walters contends, “If you’re going to do sustainability, you have to incorporate it in every project.” One of the first projects the borough team set their eyes on was the 8th Street Municipal Parking Lot, which sits across the road from the S&T Bank where Farmers’ Markets are held. The lot is also located beside other prominent landmarks in the community, such as the Artist’s Hand Gallery and Grace United Methodist Church. Something else that makes this particular lot special is its role in the Indiana Multi-Modal Corridor (IMMC), a bikeway linking the Hoodlebug Trail to the downtown of Indiana. The 8th Street Lot will serve as the IMMC’s trail head, featuring a bike repair station and a bike shelter, complete with solar-powered lighting. Planning & Zoning Official Nicholas Zimny-Shea explained that the parking lot was due to be paved within the next few years, and was moved up to coincide with the IMMC project. “As we were having conversations with the IMMC stakeholders and the Stormwater Education Partnership, we wondered how we could make this place [the 8th Street Lot] a destination – welcoming the community while also being sustainable.”

New EV Charger To Be Installed

How can a parking lot be turned into a destination? Zimny-Shea claims that this parking lot will be a demonstration of how all modes of travel- existing and emerging- can be accommodated in one site. Aside from operating as the IMMC trail head, the lot will be the site of the first municipal Electric Vehicle (EV) charging station in the borough, a project almost entirely funded through a rebate. After the charger is installed, the parking lot will be registered on an online map so people in electric vehicles can see it when planning their travel route. The station is a two-plug system, allowing the station to accommodate two vehicles at once. Mudry jokes, “you can charge with your friend.” A need for an EV charger was first realized when drivers of electric vehicles began calling into the borough office, asking for charging locations. As reported by Walters and Zimny-Shea, “We’ve had people call to see where they could charge while passing through town.” Hopefully, the addition of this charger will not only allow residents to charge their vehicle, but will encourage passer-by motorists to stop in town.

In the new design of the municipal lot, excess pavement was removed and replaced with a special mixture of soil designed to maximize water drainage. An arborist and landscape architect were consulted in the selection of plants to develop a stormwater garden. Walters reported that it was difficult to find native species that could survive the harsh environment of a parking lot, so a mixture of native and non-native species was used. The selected plants included cherry and maple trees, which are accented by various types of shrubs and grasses. This will be the first parking lot in the borough designed with the intent to reduce stormwater runoff with green infrastructure. Walters hinted at future projects, stating that the Borough has other parking lots on the mind where they hope to incorporate even more native species in the design; “After learning from this process, we are certain our next project will be even better.” 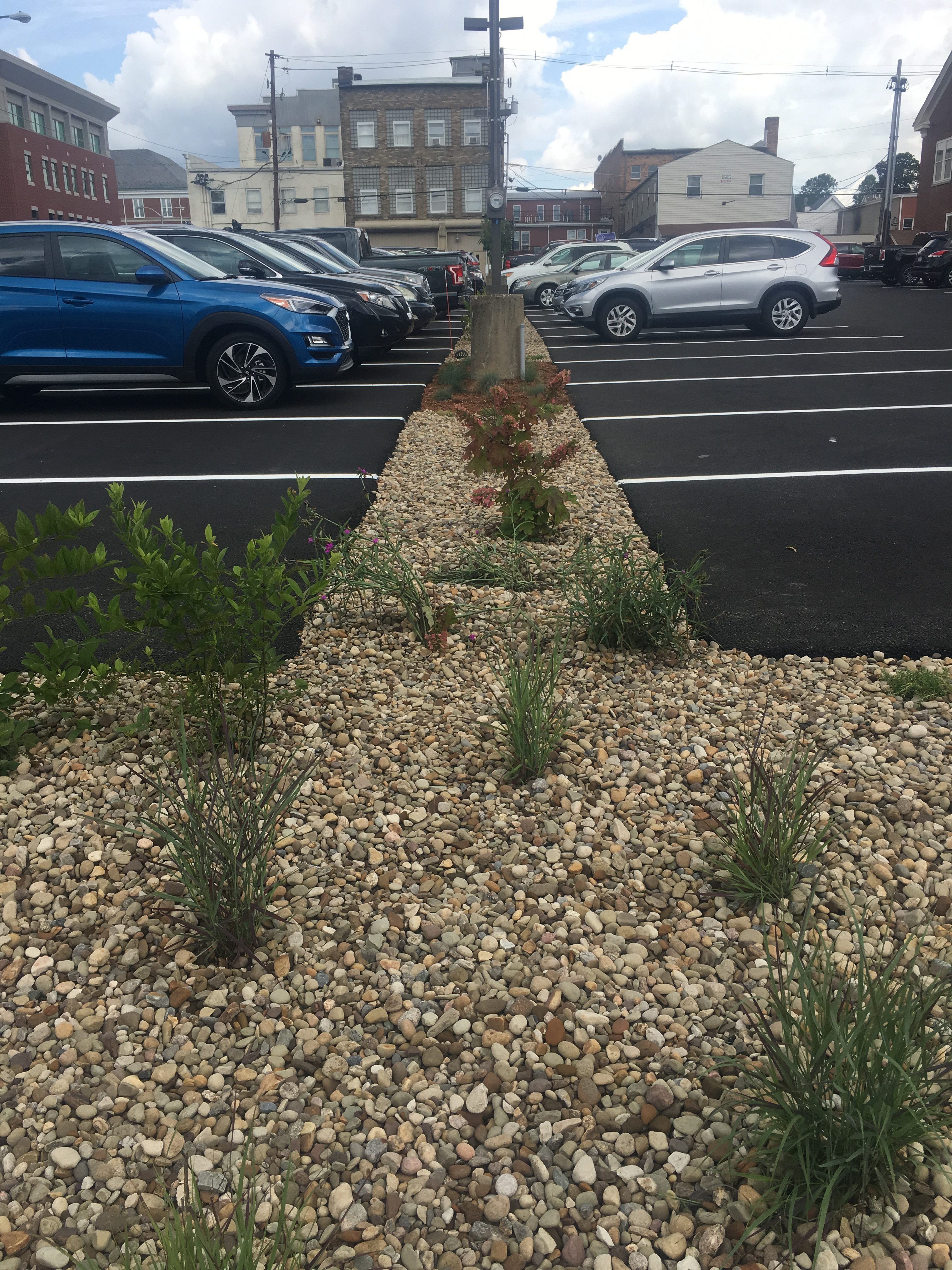 With all these gadgets and gardens, one would expect that some parking spaces would be sacrificed, but by working with the Public Works Department, the parking lot was repaved and repainted in such a way that it actually increased the number of parking spots available, and will offer designated handicap assessable parking. According to Zimny-Shea, the 8th Street Parking Lot should be considered a success. “When dealing with tax dollars you have to decide if [a project] is worth it. With this project, we proved you can do stormwater infrastructure, introduce electric charging stations, solar power, bike trail heads, and bike racks all while expanding the number of parking spaces and increasing revenue.” 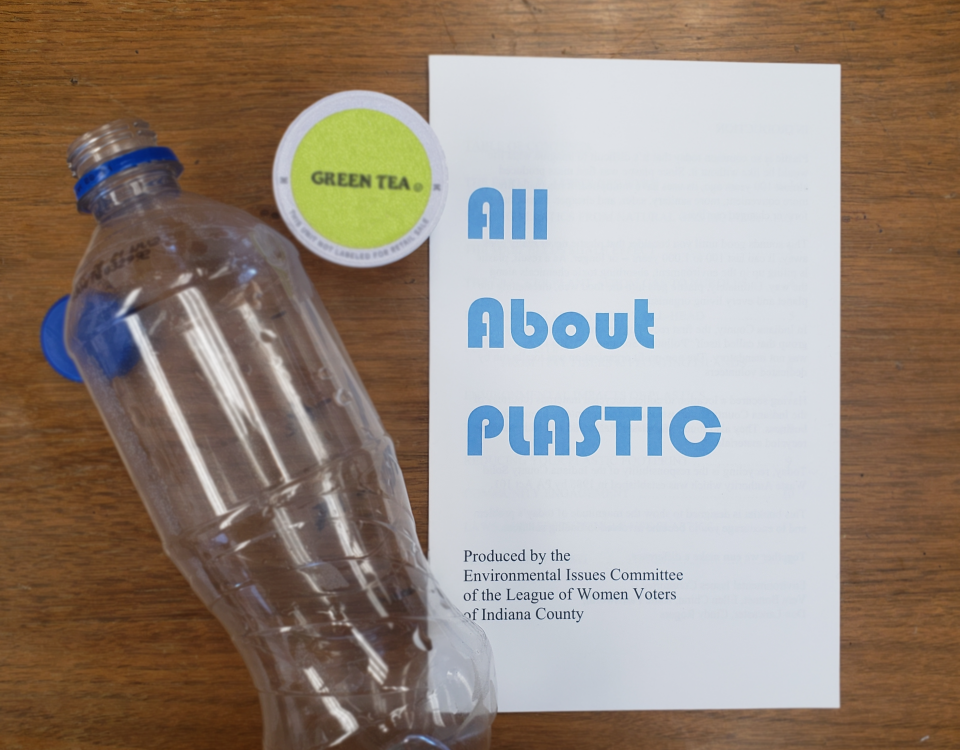